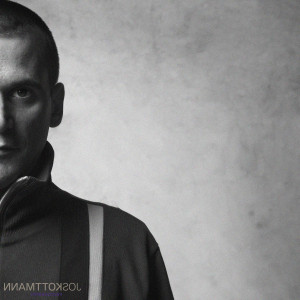 Luis Radio is One of the most influential and old School Top Dj/ Producers in Italy and a Veteran in the House Scene .
His name means the passion and the total devotion to House Music, passion that he has shown since young when, in his cellar, he used to select music for a few friends. Since the early 80’s he created the right atmosphere for unforgetable parties always to the insignia of the Disco and House Music. He has begun to work at Frankie Go Club in 1989 (in Rome-Italy)not only as a Resident Dj but also as supervisor in the choice of International Artists maintaining a musical selection planned on Garage ,Disco & House Classics,Deep House and he is still rocking Rome’s dancefloors with the famous Roman Nighttime Promotions Company, From Classics On. Between 1992 and 1995 he has been Tony Humphries’ Assistant for the TH Zone at Echoes in Rimini and this experience has allowed him to improve more and more the technique of selecting records .
Luis also  has held residencies in Italy for over 2 Decades , from Club Horus and  Goa (which was voted one of the best clubs in Europe in 2004) to Room 26 (Rome,Italy) till 2013.
The professionalism and the seriousness shown in his job don’t stop beside a Dj Both: he built his own Recording Studio and later in 1997 together with Maurizio Clemente created two new record labels, Equal and Nitro Records. In a little time he has collected Hits as Universal Groove on Kult Records with the Italian Producer Studio 32, The Violin on Equal Records with the Basement Boys or Nothing Stays The Same with Mike Dunn and Victor Simonelli always on Equal Records,Luis Radio Ft.Sabrina Johnston”House Music”(licensed also in the U.S.by Junior Vasquez for JVM),Michelle Weeks & Dawn Tallman “Joyful Noice”,
“Musica” and “Let the Music” both along with the LA duo DeepSwing. His more important collaborations in the Studio have seen on his side singers as: Sabrinahh Pope, Carole Sylvan,Rochelle Fleming, Darryl D’Bonneau, Mijan, Michael Watford, D’Layna, Michelle Weeks , The Chic, etc. or Djs as, Lenny Fontana, Teddy Douglas & DJ Spen (Basement Boys), Danny “Buddah”Morales, Deep Swing and many more….
Luis Radio and Raffa “the mood”,”Jam Jam “,”Moa” and Luis Radio ft.Sabrina Johnston “hope & faith” are just some of the new releases for the 2009 out on U.S. labels  as Seasons Limited ,Soulfuric,Devotion and CityDeep .In the 2012 he reached the legendary UK Label BBE with the Single “Organismo” ,the Dj Spinna’s  own Label Wonderwax with the single The Timtrack and  in 2013 the Terry’s Hunter T’s Crates with the single Marino featuring Spellband. 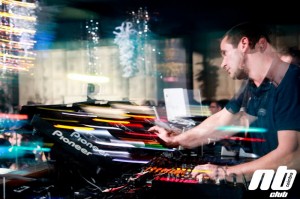 The Saint, New Open Gate, Alien,Cafè Latino, Hulala, Saponeria, Lanificio 158, Spazio900 etc.  His career as Dj is not limited to the Clubs of Rome: he has worked most important clubs in Italy like Echoes, Mao Mao, ECU and Paradiso in Rimini, to the Jubilee in Bari, to the Yab Yam in Florence, to the Musik˜ of Iesolo, to the Formula 1 and Red Zone of Perugia; Nottambula, SopraVento, Ritual in Sardinia, Marabu’ in Sicily,etc.etc. to reach the Match One of Norimberga, to the Red Dog of Stoccarda and Neushwaisten (PoP Komm99) to the Pacha, Teatro Capital and the Guillotina in Madrid, to the Double Bass, Egg, Bar54, East Village and Garage City @ Turnmills in London and the legendary Southport Weekender in UK , The Emporium , Liquid and Solus in Cardiff, Who’s Who’s Land and The Sparrow  in Bruxelles; Terminus, Prestige, Fun Planet and Baracoa in Swiss, Barrage, Mamacas, Sixx, Shark and  Movida in Greece ,U4 Club in Wien, Jet Set Beach Bar in Sant Petersburg, Portugal and also South and North Brasil.  Luis also reached the 360′ in Dubai with MustHaveSoul and    the Armani Bar in Hong Kong.
He also has played in most of the famous Clubs in the U.S. like: End Up (Devotion Night), Ruby Skye, Mighty, Pink and the Wet Pool Party @ BackFlip in San Francisco; Does Your Mama Knows in Los Angeles, Cardiff Lounge in San Jose’, Union Square BallRoom in New York; 320 Club, State,  Nikki Beach (Club Shelter NYC WMC 05 Party),Bar Room, Sofi Lounge in Miami.
From 2010 He is also Resident Dj at the Legendary SunceBeat in Croatia by Southport Weekender.